Alain Nteff is a telecommunications engineer and a 23 year old co-founder and director of GiftedMom, Central Africa’s first social business that develops innovative and low-cost technologies to improve maternal and infant health.

GiftedMom’s first innovation was an automated SMS and voice service that notifies pregnant women and mothers on when to go for their next antenatal care service and when to take their babies for their next vaccine. Currently impacting over 3000 pregnant women and mothers in 18 rural communities in Cameroon, GiftedMom has been able to increase the average turn out rate of antenatal care by 20%. His social venture wants to scale nationwide in Cameroon reaching 20,000 families by the end of 2015 and replicating their simple but effective solution in other developing economies in Africa and beyond. They hope to target five million users in the next two years.

Nteff recently received the 2015 Queens Young Leader Award handed over by her Majesty, Queen Elizabeth II at Buckingham Palace. He was also the youngest participant at the 2015 World Economic Forum Annual Meeting in Davos, Switzerland and was named Africa’s Top Young Social Entrepreneur in 2014 by The MasterCard Foundation and the African Leadership Academy. The innovations of GiftedMom have been covered by CNN, Forbes, The Huffington Post, LeMonde.fr, Jeune Afrique and Cameroon Tribune.

The vision of the social venture is to use mobile technology to create a world where a woman does not have to die while giving Life – a world of Gifted Mothers. 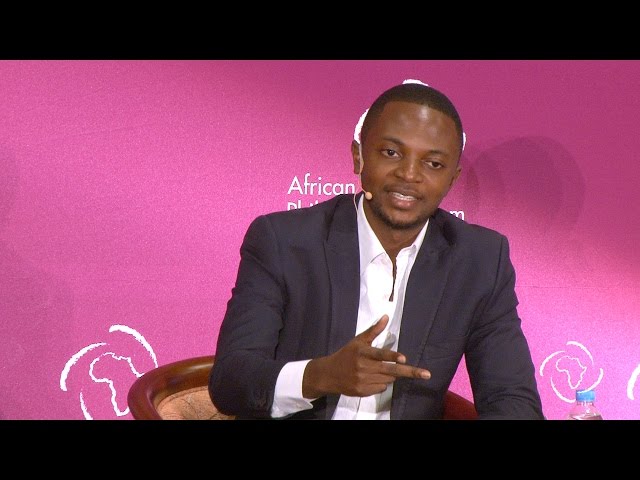 Hubs, Hackerspaces and the Maker Movement: Investing in Tech Innovation in Africa