Jamie Cooper-Hohn co-founded and served as president and CEO of the Children’s Investment Fund Foundation (CIFF) for its initial 10 years, and now serves as the chair of the Foundation’s Board. Prior to CIFF, Cooper-Hohn had more than 15 years experience in roles bringing the private sector, government and non-profit leaders together to pursue innovative policy and programming around a broad array of economic and social issues.

Under Cooper-Hohn’s leadership, CIFF has garnered a reputation for its commitment to rigorous use of data and evidence, and delivering impact. CIFF has been ranked by Barron’s as among the top 5 “Best Givers” globally, and Cooper-Hohn was highlighted as an exemplary Innovator in the book, “1,000 CEOs: Proven Strategies for Success from the World’s Smartest Executives.” In 2013, CIFF co-hosted the Nutrition for Growth Summit, in partnership with the UK Department for International Development and the Federal Government of Brazil, which led to over US$20 billion new commitments for nutrition.

Cooper-Hohn has served on several Boards in the international development sphere, among others as a United Nations Commissioner on Life-Saving Commodities for Women and Children, on the Board of Advisors to Dean Julio Frenk at the Harvard School of Public Health (HSPH), on the Business Leadership Council for Preventing Mother-to-child Transmission of HIV (PMTCT), as a member of the Coutts UK Philanthropy Advisory Board and as a Member of the Impetus Advisory Council. She has recently joined the board of Save the Children UK, and the Advisory Board of the Tony Elumelu Foundation. Cooper-Hohn received a Bachelor of Arts from Smith College and a masters in Public Administration from the John F. Kennedy School of Government at Harvard University. 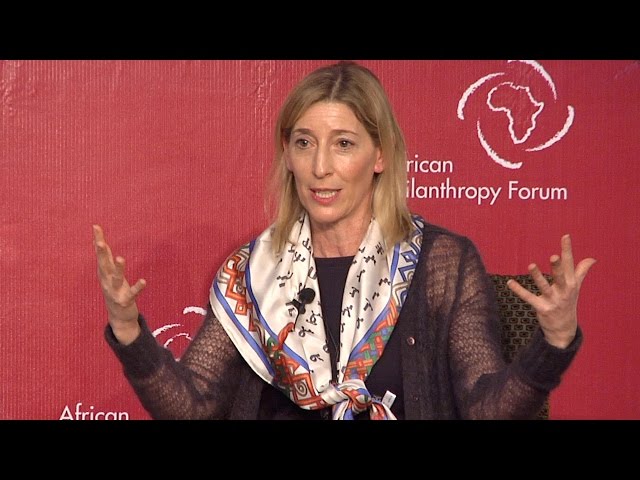 When to Partner and When to Press – Strengthening Health Systems